This is the centenary year of several legends like T.Brinda, Palghat Mani Iyer, Madurai Mani Iyer, T.K.Rangachari, etc. and the hundredth year of the living maestro Dr.Pinakapani. To observe the centenay year of these stalwarts, functions are held by their students, relatives and rasikas as a mark of respect and remembrance.

If an artist's centenary year is celebrated, it is because he has scaled heights and is far above the average. Otherwise, a centenary year would not have been observed. If these artists have reached such a level, it is because of the efforts they have put in, their hard work, focus and determination that took them to the top. 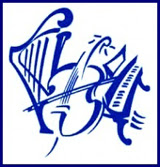 The aim of the centenary celebration should not be just to inform the public that these artists would have turned 100, but on the contrary, to make their efforts and contribution known to today's generation, with an aim that the youngsters look upon these maestros as role models and try to emulate them and follow the path shown by them.

This kind of emulation would itself be a true mark of homage to these vidwans and a means of paying respect to their soul.

What a great article it is, beautiful explanation, provoking piece of writing. I have read it many time. Thanks for sharing this nice post.

This looks helpful in a way to learn new life.

Great article with good description, thanks a lot for sharing this post.

Very interesting and thank you for both perspectives.

Get Tech Updates at www.TechTantrik.com
View Funnier Side of Life at www.TheRoyalPoke.com

Visit www.indiabookstore.net/bookish to see what India is reading.

Visit this site to get Latest Technology News

Finding a suitable employee or job of your dreams could be hard. But classified11.com helps you in finding perfect
job and employee. Find here
We provide free service platform for recruiters, employers and as well as job seekers.
you can upload resumes. Or post job openings.This all can be done in easy and simple way by sign up on classified11.com
and start posting free classified advertisements.
Most exciting part of this advertising is free of cost feature. So join today

I would highly appreciate if you guide me through this. Thanks for the article…
Nice One...
For Tamil News Visit..
https://www.maalaimalar.com/ | https://www.dailythanthi.com/

I was super excited on seeing a one day trek mail from Chennai Trekking Club, not wanting to lose my Sunday rest. I share information many social sites. It is service provide in 24 hour Des Moines Towing. Thanks for sharing.

Are you tired of seeking loans and Mortgages,have you been turned down constantly By your banks and other financial institutions,We offer any form of loan to individuals and corporate bodies at low interest rate.If you are interested in taking a loan,feel free to contact us today,we promise to offer you the best services ever.Just give us a try,because a trial will convince you.What are your Financial needs?Do you need a business loan?Do you need a personal loan?Do you want to buy a car?Do you want to refinance?Do you need a mortgage loan?Do you need a huge capital to start off your business proposal or expansion? Have you lost hope and you think there is no way out, and your financial burdens still persists? Contact us (gaincreditloan1@gmail.com)

Good job! keep it up!


Fundamental Keyboarding Skills: From The Typewriter To The Computer

This blog is so awesome.
Sharad Gupta

Promote your Page too